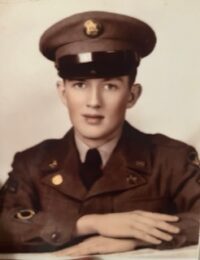 Isaac enjoyed fishing, hunting, collecting Red Skelton paintings, traveling the world, and spending time with his family. As a veteran he took pride in contributing at the Indiana Military Museum and supported many efforts and projects, while volunteering his time giving tours.

He was also a proud veteran and honorably discharged from the United States Army where he was a Corporal and received a purple heart from being wounded in combat.

Visitation will be held on September 14, 2022 at noon with service at 2:00 pm at Goodwin-Sievers Funeral Home, 524 Broadway Street, Vincennes, IN 47591. He will be laid to rest next to his wife in Memorial Park Cemetery immediately following the service.