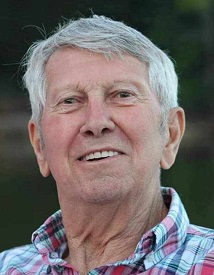 Howard Nelson Ruble, 81, passed away at St. Francis Hospital on Thursday, January 6, 2022. Nelson was born on June 7, 1940, in Vincennes and he was the son of Charles Elliott and Lelia Mae (Clark) Ruble. Nelson married Miriam Tillery on September 21, 1963 and they have been married for fifty-eight years.

Nelson was a member of the Wheatland Christian Church and was active in church and ministry for his whole life. He taught Sunday School for thirty-eight years and served as an Elder, Deacon, and Trustee. Nelson served his country in the U.S. Army Reserve from 1961-1967 and started his own business, Ruble Oil Company. He served as a Director of the Indiana Oil and Gas Association and led the group as they volunteered to plug abandoned oil wells in Southern Indiana. Nelson started drag racing in 1959 and stock car racing in 1964 and beginning in 1991 he sponsored and mentored his sons and his grandson Kendall in sprint car racing. He used racing as a platform to share Christian faith. Nelson was also a huge Vincennes University Basketball fan and you could always find him sitting courtside cheering on the Blazers.

The Ruble family will hold a private service and it will be able to be viewed on Nelson’s obituary page on Monday at 10:00 am at www.goodwinsievers.com. There will be a public service held at a time to be determined.

Online memories may be shared with Nelson’s family and friends at www.goodwinsievers.com. Goodwin-Sievers Funeral Home is privileged and honored to be entrusted with the care of Nelson. The Ruble family has requested contributions be made to Wheatland Christian Church, Helping His Hands, or Vincennes University Varsity Club.