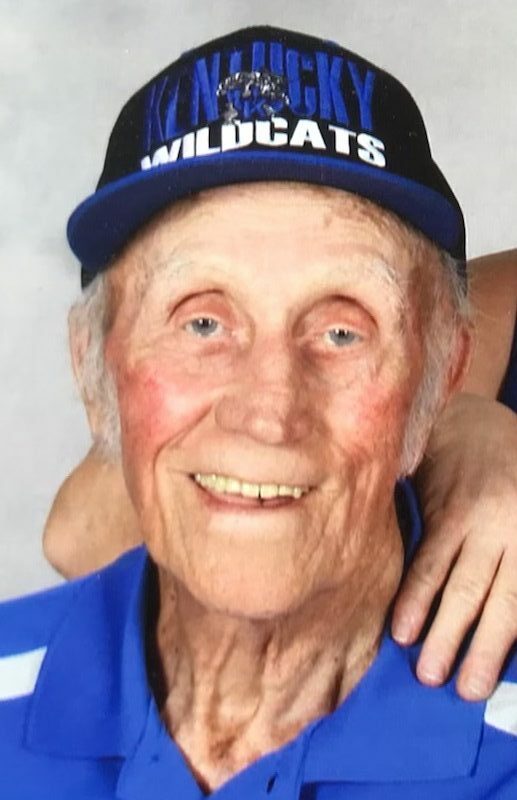 Howard Raymond “Doc” Huff, 92, of Center, passed away Thursday, August 25, 2022, at his home surrounded by his family. He was born March 15, 1930, in Center to the late Joseph and Bessie Matney Huff. Besides his parents, he was preceded in death by two brothers Bill and Earl Huff, sister Maydell Bowman, grandson Joshua Gentry, and a sister-in-law Lernora Huff.
Doc was a member of the New Jerusalem Tabernacle and a retired businessman. He along with his wife owned and operated several stores and restaurants during their marriage.
Doc is survived by his wife Bernice Huff, whom he married June 19, 1986. Besides his wife, he is survived by four children – Robbie Huff of Center, Tommy Compton of Glasgow, Ronnie (Peggy) Compton of Knob Lick, Sandi (Timmy) Young of Glasgow, and daughter-in-law Sarah Compton of Knob Lick; his grandchildren – Ashley Nicole Huff, Nathan Richardson, Heather (Drew) Ross, Kristin Compton, Joseph Compton, Corey Compton, Natalie (Milt) Anderson, Andy (Nikki) Crews, and Katie Crews; and great-grandchildren – Blake Woehler, Shelby Woehler, Kian Ross, Sylvie Ross, Emma Compton, Parker Compton, and Aiden Crews. Several nieces, nephews, and loved ones also survive.
Funeral services for Howard “Doc” Huff will be held 2:00 PM, Sunday at Butler Funeral Home in Edmonton with interment in the Walker Cemetery. Visitation will be from 3:00 PM until 8:00 PM Saturday and after 9:00 AM Sunday at the funeral home.
Butler Funeral Home is both honored and privileged to be entrusted to the care of Mr. Huff. Please share your messages of condolence with the family at www.butlermemorials.com.