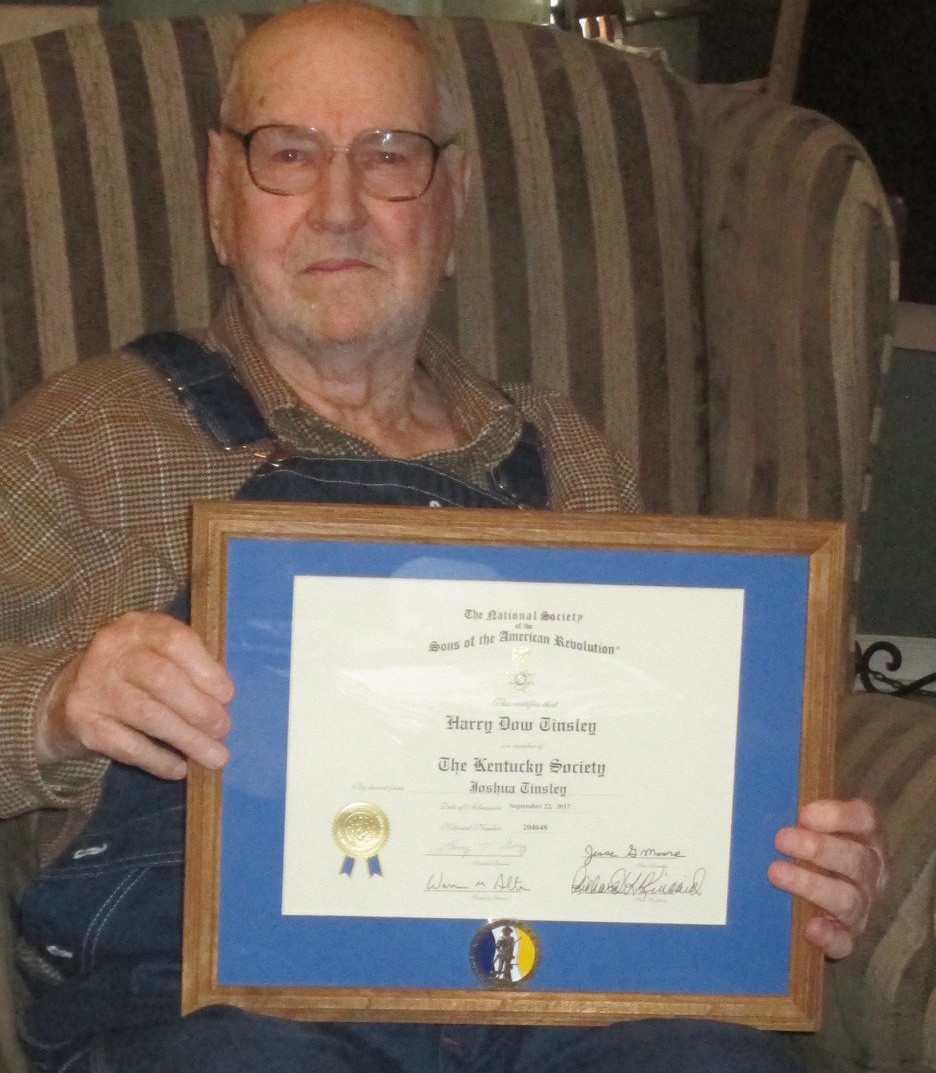 Born in: No Creek, KY
Resided in: Hartford, KY

The year was 1923 – Time Magazine was launched, Calvin Coolidge was sworn in as President of the United States, the world’s first portable radio was developed in the U.S, the very first baseball game was played at Yankee Stadium and Harry Dow Tinsley was born on August 18, 1923 in the No Creek community of Ohio County, Kentucky as the son of William Levega Tinsley and Eva May Ragland Tinsley.

Harry D. retired as a farmer and had formerly served as a magistrate in Ohio County. He was an expert and well-known historian, having dedicated thousands of hours researching and documenting the history of the county. He authored the book “History of No Creek” and a weekly column in an Ohio County newspaper titled “Lineage Lines.” He was a member of the Mt. Hermon Methodist Church and member of the Lt. Robert Moseley Chapter Sons of the American Revolution. Above all, he was very proud to have lived all of his life in and near the No Creek community of Ohio County.

In addition to his parents, Harry D. was preceded in death by two brothers Charles Tinsley and Lester Tinsley, a sister Grace Tinsley Minor and a great-great nephew Phoenix Howard.

A private family burial for Harry D. will be conducted at Mount Hermon Cemetery in Ohio County, due to current circumstances. A compatriot grave marking ceremony will be held at a later date, at his grave site.

Miller Schapmire Funeral Home is both honored and privileged to be entrusted with the care of Mr. Tinsley. Share your messages of condolence with the family of Harry Tinsley at www.millerschapmire.com