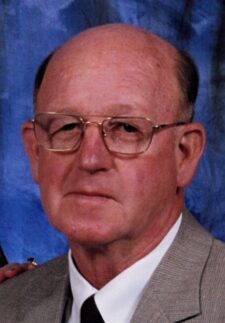 Harold was born in 1930 in Washington, IN to Albert and Beatrice (Herman) Edwards.

He was a graduate of Vincennes Lincoln High School.

He enlisted in the U.S. Navy shortly after graduation and spent 4 years on LST 980. Many years later he enjoyed the LST reunions and seeing several of the guys he served with.

Harold married Mary McKelvey and they spent 62 years together. He cared for her the last 8 years of her life. They met at Paradise Roller Rink.

He worked at Rose Gardens and then Art Rodgers Wholesale Florist delivering fresh flowers to flowers shops in southern Indiana. He later worked at Wabash Coffee and after retiring he worked at Vincennes University in the tool and die crib handing out tools to the students.

He enjoyed going to Lincoln Alices basketball and football games for many years. He also enjoyed walking our schnauzers and sitting on the front porch.

Goodwin-Sievers Funeral Home is honored to be entrusted with the care of Harold.

Online memories may be sent to the family at goodwinsievers.com