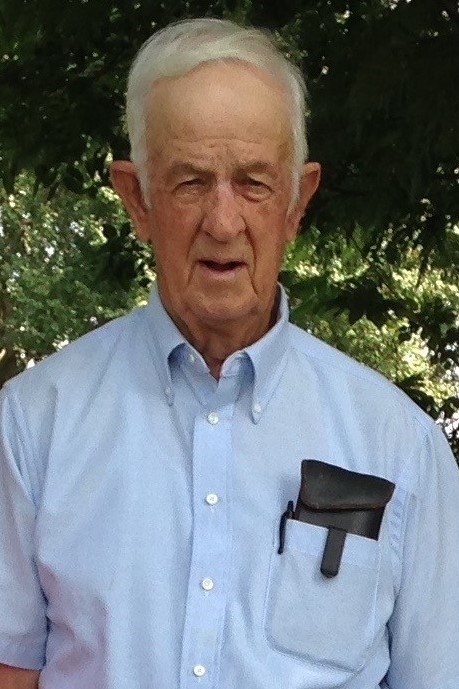 Harley Mitchell Wiley, 94, of Nobob, Kentucky passed away surrounded by loved ones on Wednesday, November 17, 2021. Harley graduated from Temple Hill High School before serving in the United States Army and was a successful farmer. He became a member of Union #2 Missionary Baptist Church in 1943 and served as a deacon from 1988 until the time of his passing.
Harley is survived by his loving wife of 71 years, Delzia Frazier Wiley; son, Steve Wiley (Stacy); four grandchildren, Amber McMillian Hodges (Chuck), Michael McMillian, Calvin Wiley, Millie Wiley Westbrook (Landon); four great grandchildren, Paige, Nate, Emma, Gabe; and three sisters, Lorene Taylor, Margie Maggard, and MaryJane Taylor.
He was preceded in death by his parents, Howard Wiley and Beulah Bartley Wiley; daughter, Patricia Wiley McMillian (Mike); two infant children, Harold Wayne, Danny Mitchell; and two brothers, Johnny Wiley and Eugene Wiley.
Harley was well known in his community for honesty, kindness, and hard work. He will be missed by those who knew and loved him.
In lieu of flowers, donations can be made to Union #2 Cemetery 3324 Nobob Road Summer Shade, Kentucky 42166.
The funeral service for Mr. Wiley will be held 1:00 PM Tuesday, November 23rd at Union #2 Missionary Baptist Church with burial in the Union #2 Cemetery with Military honors provided by DAV Chapter #20. Visitation will be Monday from 2:00 PM until 8:00 PM at A. F. Crow & Son Funeral Home and on Tuesday morning at the church. A. F. Crow & Son is honored to be entrusted in the care of Mr. Wiley. Please share your condolences with the family at www.crowfuneralhome.com.