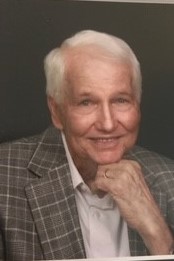 Gordon Douglas Terry, 87, of Glasgow, passed away Thursday, May 7, 2020 at his residence. Gordon was born in Port Salerno, FL to the late John and Nora Terry. He had retired as a manager for Borden Dairy Company after a long career and was a long-time member of Bethel Independent Baptist Church.

In addition to his parents, he was preceded in death by a brother, Donald Terry; three sisters, Evelyn Allman, Virginia Cooley, and Louise Julian.

A private graveside service will be held on Wednesday, May 13th at Collier-Potter Cemetery in Fleming-Neon, KY. A.F. Crow & Son Funeral Home is both honored and privileged to be entrusted with the care of Mr. Terry. Please share your condolences with the family at www.crowfuneralhome.com