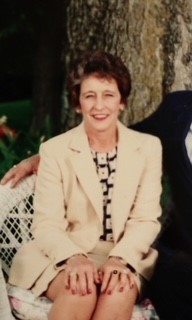 Glenna Mai Taylor, age 72, of Glasgow, passed away August 31, 2021, at her residence. She was born in Lebanon, TN on August 23, 1949, to the late Glenn Wright and Thelma Potts Pharris who survives. Mrs. Taylor worked for Arc of Kentucky for over 25 years as a Lobbyist for children with intellectual and developmental disabilities. She attended the Brotherhood Freewill Baptist Church in Glasgow.

In addition to her father, she is preceded in death by her husband, Ronnie Taylor, whom she married in July of 1976, until his passing in 2010.

She is survived by her mother, Thelma Potts Pharris of Lebanon, TN; two sons, Kelly Taylor (Shalon), and Kevin Webb both of Glasgow; grandchildren, Griffin, Greyson, and Lily Taylor; one brother, Carlton Wright of Lebanon, TN; one sister, Pat Moser of McMinnville, TN.

A graveside service for Mrs. Taylor will be 3:00pm Saturday, September 4th at the Poplar Springs Cemetery. A.F. Crow & Son Funeral Home is honored to be entrusted with the care of Mrs. Taylor. Please share your condolence with the family at www.crowfuneralhome.com.