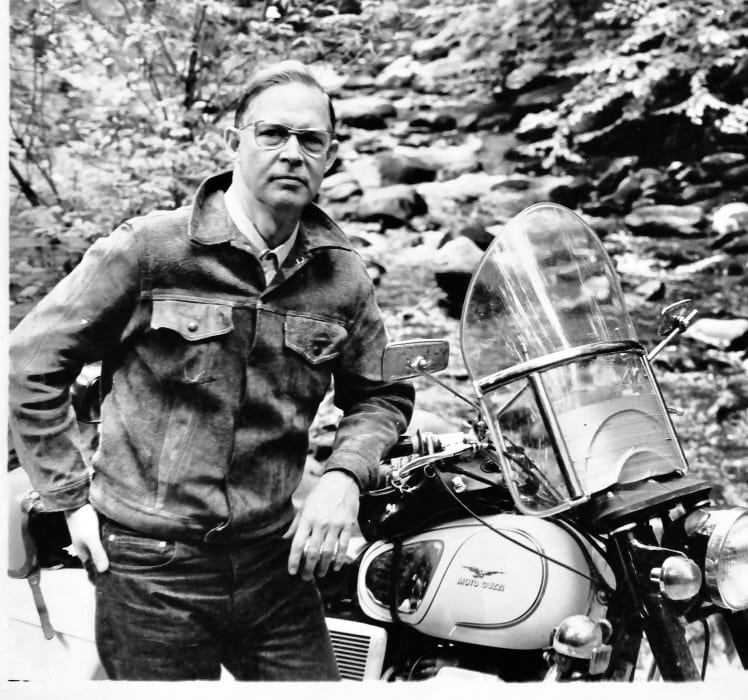 Glenn Elrick Ross M.D., 99, passed away peacefully in his home, surrounded by family. Glenn was born August 18th, 1921, in Tsinan, Sahntung, China to Roy Meneley and Mary Louise Heck Ross. The family lived in China while Roy worked for Standard Oil Company. Glenn grew up in Mattoon, Illinois and graduated from the University of Illinois. He continued his education at the University of Illinois Medical School, Chicago, Illinois. Glenn finished his residency in the Navy as a Lieutenant JG. He was a general practitioner in Oregon, California, Iowa, and Illinois, settling with his family in 1956 in Washington, Indiana as Chief of Radiology at the Daviess County Hospital. Glenn retired in 1990.Glenn was a quiet, gentle, man with an adventurous spirit and unconditional love for his family. He treated everyone he met with respect and dignity. He was a member of the American Legion, The American Motorcycle Association, and the American Medical Association. Glenn was a patron of the Knox County Library and was an avid reader until his final days.Glenn is survived by his wife, Cynthia Fischer Ross; sons John Ross (Susan), Glenn E. Ross, Jr. (Amelia), and Steven C. Ross. He is survived by grandchildren David, James, Anne, Kelly, Olivia, Adam, Carter, and Keela, eight great-grandchildren, and many nieces and nephews. Glenn is survived by his brother Read C. Ross (Sharron) and sister-in-law Judy Ross; brothers-in-law John and Raymond (Joyce) Fischer.Glenn is preceded by his son James Fredrick Ross, grandson Keaton James Ross, and siblings Virginia L. Record and Roy M. Ross, Jr.Due to Covid restrictions the family held a private service with Father Tony Ernst presiding. A celebration of Glenn’s long and imaginative life will be held at a later date.Memorial donations may be made to St. Francis Xavier Catholic Parish, the Indiana Military Museum in Vincennes, Indiana, or the Knox County Library. Goodwin-Sievers Funeral Home is honored to serve Glenn’s family.