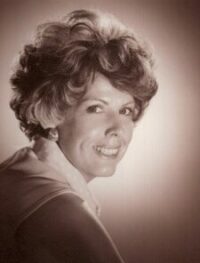 
Resided in: Carmel, IN

Gladys Tiek, age 92, of Vincennes, IN, passed away on Saturday, August 21, 2021 in Carmel, IN. A graduate of Highland Park High School (Highland Park, MI), she attended Purdue University (West Lafayette, IN) before going on to raise her three sons—and their many pets— on their family’s farm in Vincennes. In 1967, while her eldest son, Dexter, attended the newly formed South Knox High School, Gladys was responsible for coming up with the name for the school mascot—the Spartans—which remains today. She served on the Indiana State Fair Board from 1979 through 1986. During that time, she was honored with two Sagamore of the Wabash awards, from Gov. Otis Bowen and Gov. Robert Orr, respectively.

The daughter of a Scottish immigrant, Gladys was very proud of her heritage. Later in life, she traveled to Scotland upon two different occasions, accompanied by one or more of her granddaughters, to research her ancestry. For Gladys, family was what brought her the most joy in life.

There will be a Celebration of Life memorial service for Gladys at 11:30 am on November 24, 2021 at Community United Methodist Church, 1548 S. Hart St. Rd. Vincennes, IN 47591. Family and friends are invited to attend. In lieu of flowers donations can be made to the Doug McCormick Scholarship fund at Vincennes University or the Vincennes Animal Shelter.

The family greatly appreciates donations made to these charities in Gladys Tiek 's name.