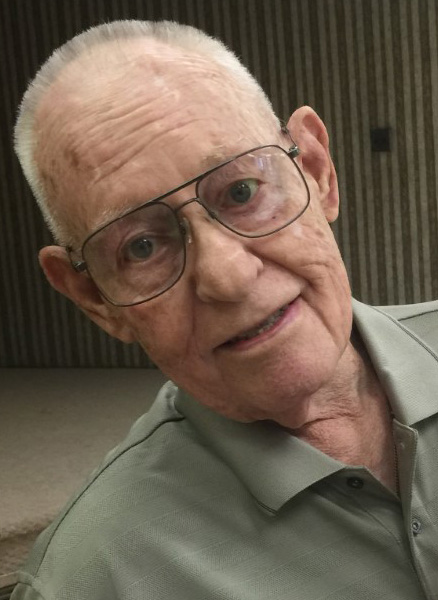 Gilbert Allen Phillips, 88, of Henderson passed away Wednesday, June 3, 2020 at his home. He was born in Allen County, Kentucky on October 4, 1931 to Herschel Edward and Mae Allen Phillips. Gilbert graduated from Franklin-Simpson High School, and was the co-captain of the football team his senior year. He went on to attend WKU and Eastern Kentucky University. Gilbert served in the United States Navy as 2nd Class Petty Officer. In Korea, he was awarded 6 combat ribbons with 2 Silver Stars and the Unit Presidential Citation and served in an Amphibious Assault Group, Pacific Fleet. He served seventeen years with K.S.P., seven and a half of those years as a sergeant. Gilbert was awarded the Kentucky State Police Medal for bravery. At one point, Gilbert was the first awarded for shooting a perfect score in an FBI combat pistol match, which may or may not still hold to this day.

Along with his parents, Gilbert was preceded in death by his wife, Shirley Hundley Phillips.

Gilbert is survived by his children, Bonnie (Tony) Drury, of Henderson, Stoney (Laura) Phillips, of Brownsville, Jama Statts, and Jeff (Stacy) Benningfield both of Owensboro; and his grandchildren, Justina Drury & Christopher Phillips.

Services will be 10:30 am Saturday, June 6, 2020 at Sts. Joseph and Paul Catholic Church. Burial will follow at Sorgho Baptist Cemetery. Visitation will be from 8:00 am to 10:00 am Saturday at Haley McGinnis Funeral Home & Crematory.

Haley McGinnis Funeral Home & Crematory is both honored and privileged to be entrusted with the care of Mr. Phillips. Share your messages of condolence with the family of Gilbert Allen Phillips and sign his virtual guest book by going to www.haleymcginnis.com.