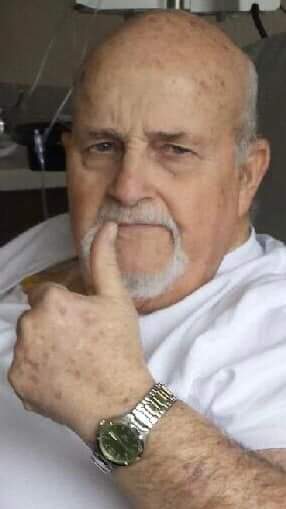 George Elton Thomasson 78 of Edmonton KY went to his eternal home on Friday March 4, 2022 after a 24 year battle with cancer, when the doctors told him 10 good years, but God knew better.

George graduated from Swayzee IN High School Class of “61”, George retired from GenCorp Automotive in Marion IN where he was a High Pressure Boiler Operator and worked in maintenance after 32 years’ service and being diagnosed with cancer. He served as Skilled Trades Representative with United Steelworkers Local 466. George was a member of Liberty Baptist Church in Sweetser, IN until moving to KY, and is a member of Revenna Separate Baptist Church where he served as Sunday School Superintendent, Adult Sunday School Teacher and Trustee for several years. The last 6 years he has attended Winfrey’s Chapel Church.

George was preceded in death in addition to his parents a Brother Kenneth Thomasson, Grandson Joel Prochnow Father-in-law and Mother-in-law Howard and Geneva Wilson, and Sister-in-law Susie Havens.

George’s goal in life was to live Galatians 6:10 “As we have therefore opportunity, let us do good unto all men, especially unto them who are of the household of faith.”

In lieu of Flowers contributions can be made to Winfrey Chapel Church Building Fund.