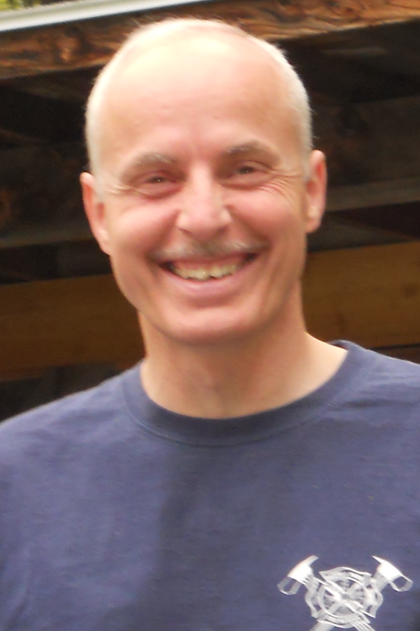 Gary Wayne Coonradt went to be with his heavenly Father and best friend, Jesus, on October 21, 2021 at 9:30pm. He had just turned 68 years old. He was born on September 1, 1953 and lived in Averill Park, New York until recently, when he and Denise moved to Edmonton, Kentucky, in 2020, to be near his daughters and their precious families. He was married to Denise on March 16, 1973. They grew up together, built a beautiful life (along with 3 houses), fostered deep family relationships, encouraged and cultivated community, and devoted their lives to serving God over their 48 years together. He worked as a machinist at Teledyne & Gurley Precision Instruments, the naval ordinance division of General Electric, Ceramaseal, and Atlas Cop Co. He then braved a new adventure to serve the Lord in full time ministry at the age of 50, going back to school and graduating from The Masters Seminary in Los Angeles, California. He served the body of Christ at Lake Avenue Community Church in various capacities for many years, but specifically as pastor beginning in 2006 until retiring in the spring of 2020.
Gary was a dedicated son (to Norma & Sherman Coonradt), brother ( to Sherman & Diana Coonradt, Jill & Dave Diehl, Cindy Cassavaugh, Dale & Jill Coonradt), uncle (to many beloved nieces & nephews) husband (to Denise), father (to Christy & Andy Burnham, Carrie & Derek Fisher, Kelly & Tim Cox), grandfather (to Ashley, Matt & Sarah Burnham, Jake, Aaron, Drew & Kaylee Fisher, Jacob Cox), great-grandfather ( to Aliyah & Katie Rose Denton) and friend to many and all encountered (too many to count and name – you are all so important!!!)
He keenly exemplified passion and how to have fun. He was adventurous, got out into the woods well before sunrise and worked his tail off past sunset. He loved the outdoors, identifying animal noises, removing all chipmunks from the premises, ice fishing, fish fries, hunting, playing music, games, rubber band fights, squirt gun fights, nerf wars, soft ball, water balloon fights (with homemade launchers designed by him, of course), chess, running (he completed a marathon), playing the trumpet, singing, learning the bass guitar after the age of 50, and so much more!
He was a strong man and demonstrated influential characteristics by teaching all he could through his lifestyle. He was brave, a hard worker, unafraid of hard things. He persevered during the steep climbs of life, counting it as character building – which he embraced. He was a skilled carpenter and built anything that he wanted to. He fixed all the broken things, whether it was the cars or a broken pinky. He became a volunteer firefighter, was trained in swift water rescue, and would run out on emergency calls at all hours of the night while maintaining his daily work ethic. He became the firehouse Chaplain. He was a true godly man who invested in the lives of others constantly.
He was also a strong spiritual leader. He loved the Word, studied it, memorized it, taught it, held it close and applied it in a practical way to every area of his life. He was like his Father: loyal and faithful. He would speak the truth and always try to get to the heart of the matter, whether you wanted him to or not. His true gifting was relational discipleship and encouragement.
He was all of this but most importantly he sought to include people in all that he did- to truly experience the fullness of life together. It was his main goal to honor Christ by living out the Word of God, specifically, “Love the Lord your God with all your heart, soul, mind, strength, and love your neighbor as yourself.”
His last words to us were, “Whatever happens…remember…. I love you.” We believe he would want you to know that, too.
The funeral service for Mr. Coonradt will be held 6:00 PM Monday, October 25th at Coral Hill Baptist Church with burial 10:00 AM Tuesday morning at the Glasgow Municipal Cemetery. Visitation will be Monday from 3:00 PM until 5:00 PM at Coral Hill Baptist Church. A. F. Crow & Son is honored to be entrusted in the care of Mr. Coonradt. Please share your condolences with the family at www.crowfuneralhome.com.