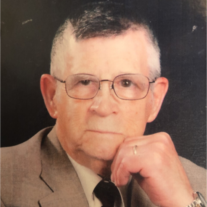 Francis Allen Payne left this life on earth on February 21, 2020 surrounded by his family. He was born on June 26, 1942. To quote a famous saying “he is free at last”, free from the pain and suffering he endured for over 25 years due to health issues plus battling cancer in his later years. Anyone who knew him would say, he was a man who never gave up even if he had to lay down on the ground to work, as he did many times as he did his yard work which he loved and would do so until his body had enough. He graduated from St. William high school and had an associate degree in business. Allen worked at W.R. Grace for 46 years. He was a U.S. Navy veteran who served two tours in Vietnam in which he came in contact with agent orange which caused most of his medical issues. The two most important things in his life were his family and faith. He was a member of St. Williams Catholic Church. He was preceded in death by his parents, Sylvester (Beck) and Cora Payne of Knottsville, KY, a brother Truman Payne, three sisters Delores Hockman, Beulah Carrico and Wanda Jean Payne Williams and three siblings who died shortly after birth. He is survived by his wife, Becky of 59 years, three children, David Payne, Doug (Amee) Payne and Cathy (Charles) McCarthy. Two brothers David Joe (Pat) Payne, Larry (Gennie) Payne and a sister, Linda (Greg) Johnson. Nine grandchildren, Logan (Cassie) Payne, Brodie, Nathan, Wyatt and Sarah Payne, Rhiannon Holinde, Isabella McCarthy, Azriel and Abigayle Payne. Along with several nieces and nephews. Visitation will be held at Haley McGinnis Funeral Home & Crematory from 4:00 pm to 8:00 pm Monday, and again from 8:30 am to 9:30 am. Prayers will be said at 6:00 pm. Services will be 10:00 am at St. William Catholic Church with burial to follow at St. William Cemetery with military honors. In lieu of flowers, please make your donations to St. Jude’s Children Hospital; 501 St. Jude Place; Memphis, Tennessee 38105; or the Leukemia and Lymphoma Society; c/o the American Cancer Society; P.O. Box 22478; Oklahoma City, Oklahoma 73123. Haley McGinnis Funeral Home & Crematory is both honored and privileged to be entrusted with the care of Mr. Payne Share your messages of condolence with the family of Francis Allen Payne at www.haleymcginnis.com