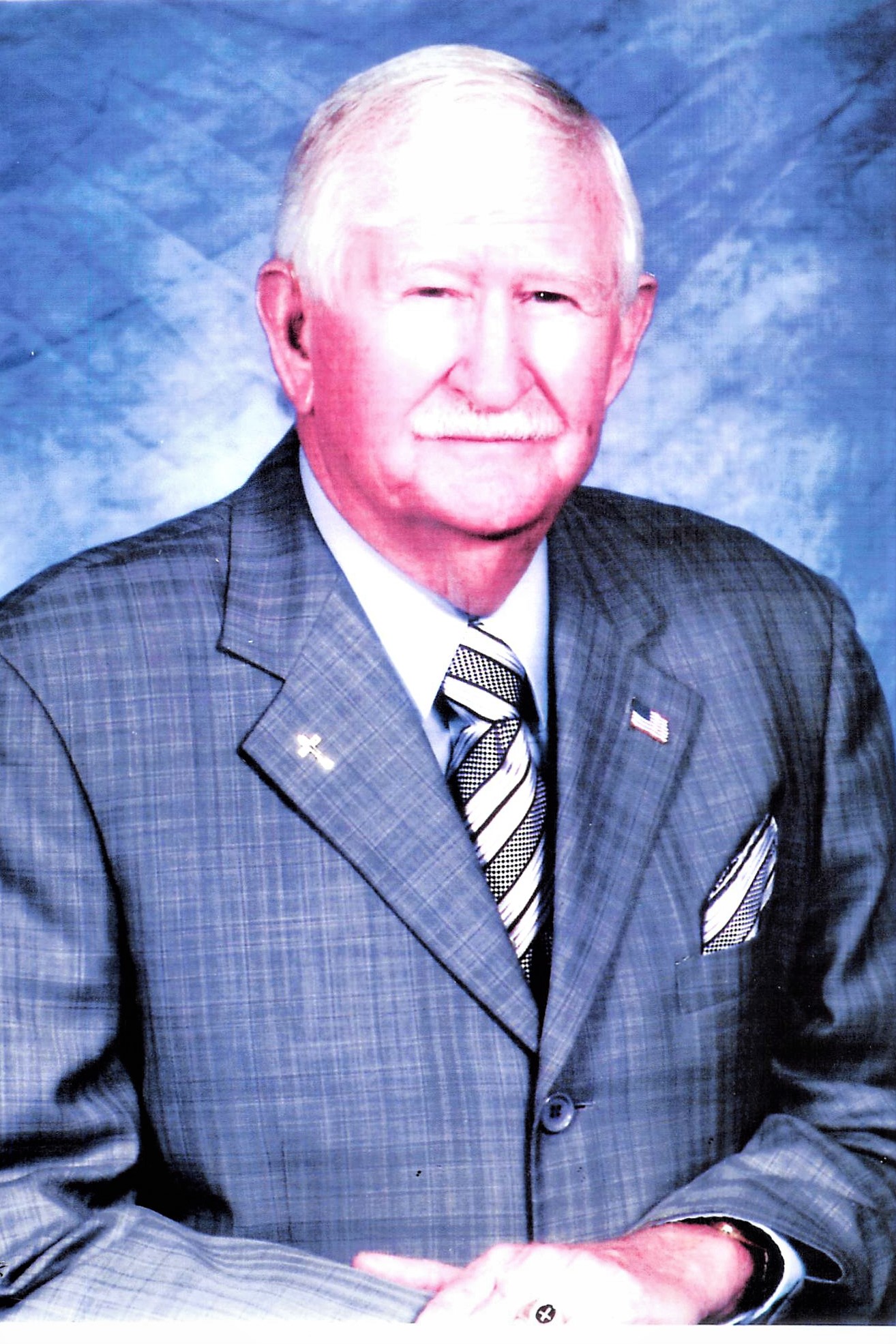 Emery was born on December 2, 1934, to Garland and Alma (Moran) Kinslow, the 4th of 7 children. He married Ramona Smith in 1959 and loved her well until her death in January 2001. He served as a pastor for 33 years and then volunteered in various ways throughout the Glasgow area. He intentionally shared Christ’s love throughout his life. Emery left this earth for Heaven on September 26, 2022 with his final words blessing each of his children and grandchildren with his words of love.

Emery was born at home on a farm in Haywood, Ky just outside Glasgow in Barren County. At 13 years of age, on the backside of his family’s farm he gave his life to Jesus and God spoke peace to his troubled soul. He attended a one room schoolhouse in Barren Co. while helping on the family farm. During his teenage years he felt The Lord leading him to some kind of special work but was unsure what God would have him do. On April 26, 1955 while seeking God’s will for his life he joined the U.S. Army. While in basic training he joined the Traveling Choir. He was stationed for the remainder of his military life in Ingrandes, France. There he taught Sunday School and worked in VBS. It was there one night that he surrendered to God to preach His word and preached his first sermon there in the Chapel of Ingrandes Q.M Depot. He then became a member of The Protestant Men of The Chapel, who traveled to other Army camps in France and Germany. He loved his adopted army family, The Craigs and began a lifelong friendship that extends generations.

Emery came home to Barren Co in 1958. Soon after, he found a companion in ministry and a wonderful wife, Ramona Smith and they were married December 25th, 1959. They began their service to The Lord at Cedar Grove Baptist and Old Monroe. Emery felt God telling him to study God’s word fulltime and in the fall of 1966 he enrolled at Clear Creek Baptist Bible College. He met many wonderful life long friends while attending, The Terrys, The Dicks, and The Mitchells just to name a few.

There they welcomed their first child, Regina on October 14th, 1966. Emery went on to preach at Turkey Creek Mission and Mt. Salem Baptist Church. There, Eric Edward was born on April 14th, 1970. The next move took Emery to Campbellsville, Ky where he attended Campbellsville College and served as the pastor of Mt. Washington Baptist Church. While there the church grew and he started a bus ministry and outreach to many unchurched families with young children.

From there God led Emery north to The First Baptist Church of Ross, Ohio and then onto First Baptist of East Gary, Indiana. Emery was also able to serve as the hospital chaplain where he would minister to many hurt and dying people. Also in Indiana Emery enjoyed providing help to the associational missionary at the Port of Indiana where he would interact with sailors on ships from all across the world sharing the love of Christ.

In 1984, Emery and family returned to Kentucky to serve at Knoxes Creek Baptist church and then onto Concord Baptist Church in Hopkins County where both children were married. Emery retired from pastoring in 1999 due to a loss of hearing. In January 2001 his wife Ramona went on to be with The Lord after a battle with cancer.

Emery then moved back to the family farm and built a new home with his brother in law, Earl Williams. He enjoyed being close to his brothers, sisters and nieces and nephews once again. He loved sitting out in his swing and would say how everyone ought to be able to go back to where they started.

He continued to serve God through his daily life. He met the families of The New Century Buffet where he shared Jesus’ love and baptized several of his friends. He enjoyed teaching Sunday School and other activities at Glasgow Baptist Church. He alway said that his fun “job” was volunteering at North Jackson Elementary School as Mr. Emery the snack man. The children loved seeing him out in public and would tell their parents, there’s Mr. Emery!

Emery loved God’s Word and continued to study and read the Bible. He would read the Bible every day, always starting where he left off the day before. But he made a point of never being finished because when he read Revelations 22:20 he would always start over and read Genesis 1:1 before he stopped for the day. In his Bible it is listed that he last completed Rev. and started Genesis for the 67th time. Emery loved his family and prayed for them daily by name. He also prayed daily for his friends that he would be a Christian witness to them and that they would know Jesus as savior.

In lieu of flowers donation may be made to Clear Creek Bible College; 300 Clear Creek Rd. Pineville, KY 40977.