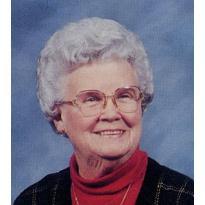 Elsie Louise Velotta, 76, died Thursday, December 25, 2003 at Owensboro Medical Health Systems. She was born in Daviess County on August 20, 1927 to Turner and Dorothy Louise Porter Edmonson. She was a homemaker and was a member of St. Pius X Catholic Church where she was on the prayer chain and the bereavment committee. She enjoyed NASCAR racing, crocheting, an avid Kentucky Motor Speedway Windy Hollow Fan and being with her children and grandchildren. Preceeding her in death was her husband, Irvin Velotta who died on August 24, 1992 and a son, Scott who died on October 22, 1997. Surviving her are 5 sons, Wayne, Michael, Tommy, Stephen, and John Paul Velotta, all of Owensboro and a daughter, Fabyan Bridgmon also of Owensboro; 21 grandchildren, 8 great grandchildren, 3 step grandchildren, 3 step great grandchildren and 4 step great great grandchildren; 4 brothers, James Christian of Livermore, Gerald Christian, John Christian, and Joseph Christian all of Owensboro. Services will be held on Monday, December 29, 2003 at 10:00am. at St. Pius X Catholic Church with the Reverend Richard Meredith officiating. Visitation is from 1:00 to 8:00pm. Sunday, from 8:00 to 9:30am. Monday. Prayers will be said at 5:00pm. on Sunday. Burial will be in Mater Dolorosa Cemetery in Owensboro. Expressions of sympathy may take the form of donations to the American Cancer Society.