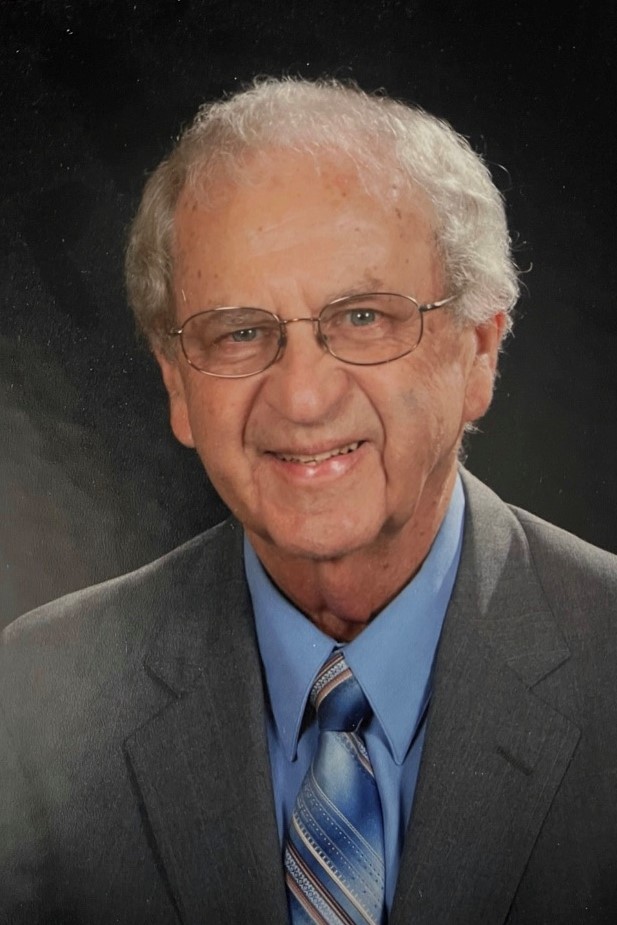 Mr. Smith graduated from Glasgow High School in 1950 and earned a B.A. from Western Kentucky University in 1954, followed by an M.A. in 1958 and his Rank I in 1968. While completing his certification as a teacher and administrator, he served two years in the United States Army from 1954-1956. Between 1956 and 1962 Mr. Smith worked as a teacher and principal in Ohio and Florida before returning to Kentucky in 1962 as principal of Le Grande Elementary School in Hart County. After three years at Le Grande he joined the Glasgow Independent School District, serving as Junior High Principal for four years (1965-1969), High School Principal for four years (1969-1973), Director of Pupil Personnel for three years (1973-1976), and Superintendent for fourteen years (1976-1990).

Both before and after his retirement in 1990, Mr. Smith was actively involved in the Glasgow community. He joined the Glasgow Baptist Church in 1962 and became a Rotarian in 1973, serving as President in 1982. He also served as the founding President of the Glasgow Educational Foundation starting in 1992 and was a member of the Glasgow City Council for fifteen years during the 1990s and 2000s.

Mr. Smith is recently preceded in death by his beloved wife, Reva Faye (Witt) Smith, whom he married on October 21, 1956, and who passed away on August 11, 2021. Family always came first for the Smiths, but together as a team they enjoyed supporting local institutions such as the Glasgow Musicale and travelling in the U.S. and Europe. After retirement they also spent many happy hours renovating the farmhouse and maintaining the farm at Roseville, Kentucky, where Mr. Smith was born.

In addition to his wife and parents, he is preceded in death by a son-in-law, Timothy Franklin “Tim” Norris and a brother James Ewell.

The family would like to thank the wonderful staff of Legacy Gardens, in Iowa City, IA, for their attentive and loving care for both Mr. and Mrs. Smith and for making it possible for them to fulfill their dream never to be separated. A private family graveside service will be held Wednesday, November 17, at the Glasgow Municipal Cemetery with the DAV Chapter # 20 of Glasgow providing Military Honors. Lensing Funeral Home in Iowa City and A.F. Crow in Glasgow are honored to have been entrusted with the care of both Mr. and Mrs. Smith.