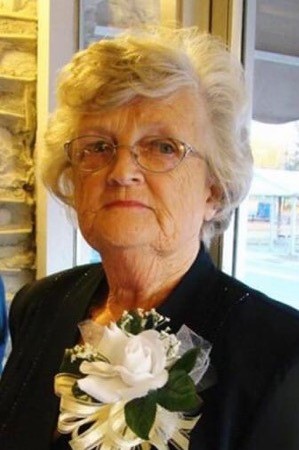 Dorothy Mae Benningfield Hodges, 82, of Glasgow, passed away Wednesday, April 29, 2020 at Highland Ridge Assisted Living Facility in Glasgow. She was born in Magnolia, KY, July 2, 1937, to the late George Riley and Sara Margaret Bennett Benningfield. She was a homemaker and was a farmer most of her life. She worked hard on the farm and some people would even say “She can do everything on a farm that a man can do”. She was a prayer warrior and loved her church, East Main Methodist Church, where she was a member since 1958.

In addition to her parents, she is preceded in death her husband, whom she married on December 21, 1957, Wilmer L. Hodges; grandchild, Dustin Browning; brother, Boyce Benningfield.

The family wishes to thank all the private caregivers over the past months, especially those most recent: Maydell Thomerson, Ollie Huff, Brenda Wyatt Whitlow, Margie Rush, Kristie Gutierrez, Barbara Chambers, and Geraldine Martin.

A graveside service will be Saturday, May 2nd at the Glasgow Municipal Cemetery. A.F. Crow & Son Funeral Home is both honored and privileged to be entrusted with the care of Dorothy Hodges. Please share your condolences with the family at www.crowfuneralhome.com.