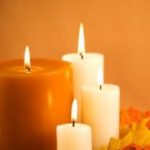 Don Davis, age 65 of Caneyville, passed away Tuesday, February 23rd 2021 at the University of Louisville Hospital. He was born November 9th 1955 in Detroit, Michigan, the son of Weldon & Helen Klee Davis. He was a Marine Corps Veteran of the Vietnam War and a truck driver for Keyboard Carriage. He enjoyed woodworking and remodeling houses.

Other than his parents, he was preceded in death by his brother, Kenneth Davis and three infant siblings.

If you would like to leave a message of condolence to Don’s family, you may do so in his virtual guestbook below.