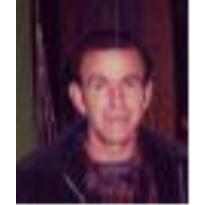 Denis S. Gilmore, 70, of 724 E. 15th Street, Owensboro, died at 4:46p.m. Saturday, July 9, 2005 at his home. He was born February 11, 1935 in Daviess County and retired from Miles Construction as an iron worker; he was a U.S. Air Force veteran, a member of the Catholic Faith. He enjoyed gardening, sports, and spending time with his family. He was preceded in death by his parents, Jesse Gilmore and Virgie May Coomes Gilmore; his wife, Belva Gilmore who died in 1999; and his brothers, Thurman Gilmore who died in 1994 and Edward Buck Gilmore who died in 1996. Survivors include his brothers Gene Gilmore of Knotsville, Ky., Eldon Gilmore of Owensboro, Ky.; his sisters, Jeanene Terry of Owensboro, Ky., Ann Crabtree of Owensboro, Ky., and Mary Terry of Owensboro, Ky. He also had several nieces and nephews. Services are at 11 a.m. Wednesday at Haley-McGinnis Funeral Home chapel with the Father Anthony Stevenson officiating. Visitation will be from 3 to 8 p.m. on Tuesday and from 9 to 11 a.m. on Wednesday. The family wishes that expressions of sympathy take the form of donations to the Hospice and Palliative Care of The Ohio Valley.