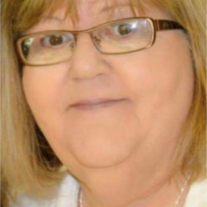 Debbie Sexton Bunch, 65, passed away Saturday, March 30, 2019. She was born in Owensboro on July 1, 1953 to the late Cecil Sexton and Mary Snodgrass Sexton. Debbie was retired from MPD where she was employed as a factory worker. Along with her parents, Debbie was preceded in death by her husband, Ricky Allen Bunch, her brothers, Kenny, Jimmy, Mark, and Cecil Jr. Debbie is survived by her son, Michael Allen Bunch. Haley McGinnis Funeral Home and Crematory is both honored and privileged to be entrusted with the care of Mrs. Bunch. Share your messages of condolence with the family of Debbie Sexton Bunch at www.haleymcginnis.com