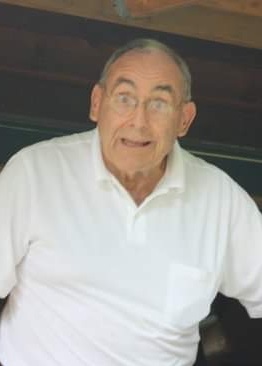 Darwyl Ivan Atwell “aka” Toby was born April 4, 1939 near Center, Kentucky. The son of the late Ivan and Pauline Oakes Atwell.    He departed this life peacefully on Wednesday, September 02, 2020 at his home surrounded by his family.  After college Darwyl served in the United States Army from 1962 until 1964. Sometime after that he became a policeman in Hardin County, Kentucky  from 1968 until 1970.   After pursuing other interest, he became an associate of the Olin Chemical Plant in Brandenburg, Kentucky from which he retired.  Darwyl was an avid hunter.  He went on many adventures hog and deer hunting.   July 22, 2002 Darwyl married his true love Diane Beard Young Atwell in Sulphur Well.  From that day forward they became as one as she remained by his side until his departure from this life.  Darwyl is also survived by one daughter, Dana (David) Crigler of Brandenburg, Kentucky.   A stepdaughter Beverly (Bill) Bartley of Edmonton.  Stepson Ronnie (Heidi) Young of Sulphur Well.   His grandchildren; Blaine (Jeremy) Hardesty of Brandenburg, Bailey Crigler of Brandenburg, Kyle Young of Clarksville, Tn., Abbie and Ethan Young both of Sulphur Well.   Darwyl had some special friends Stanley Burris, Delaney Wilson and Barry Drake.    Besides his parents he was preceded in death by his only sister Doris Brown.  In keeping with Darwyls wishes to be cremated after death no services will be scheduled and his cremains will be scattered in a location chosen by him.   Butler Funeral Home is both honored and privileged to be entrusted to the care of Darwyl Atwell.   Please share your condolences with the family at www. butler-funeralhome.com.