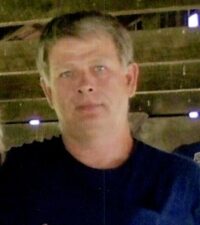 Born in: Mitchell, IN
Resided in: Vincennes, IN

Darren Lee “Butch” Edmonson, 61 of Vincennes, IN passed away on September 7, 2021 after an illness.

Darren was born in Mitchell, IN on July 3, 1960. He attended grade and middle school in Mitchell and graduated from Shaw High School in Madison, IN. He moved to Vincennes, IN after graduation and worked as a handyman for the last 42 years.

Surviving family members include a brother Harold W. Edmonson (Brinda) of Seymour, IN; 3 sisters: Margaret Bowen (Paul) of Greenwood, IN, Mary Hurley (Dick) of Greenwood, IN, and Dianna King of Bedford, IN; and a sister-n-law Sharon (Stack) Edmonson of Vincennes. Darren also had several nieces and nephews.

A private graveside service will be held in Upper Indiana Cemetery on Monday, September 13, 2021. Goodwin-Sievers Funeral Home is honored to be entrusted with the care of Darren.