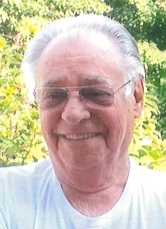 Bristow, Indiana Claude G. Clark, 92, passed away on June 17, 2022 at his home. He was born in Evansville, Indiana on August 19, 1929. Claude was united in marriage on April 1, 1972 to Mabel “Jean” Askins, who preceded him in death in 2016. He was a U.S. Navy veteran and retired as a welder for Union Local #374 International Brotherhood of Boilermakers. Claude was a member of Bristow Christian Church, American Legion Post #213. He was a Shriner and had been a Mason for 60 years, starting his membership at Rome Masonic Lodge #133 and then to Branchville Masonic Lodge #496.  He enjoyed fishing, traveling and going out to eat with his friend, Paul Rogier.  Preceding him in death were his parents, Claude Clark and Vivian “Birdie” (Fella) Hancock and his wife, Jean Clark. Masonic services will be held at 11:00 AM CDT on Monday, June 20, 2022 at Huber Funeral Home, Tell City Chapel. Visitation will be from 9:00 AM until service time. Burial will follow in Bristow Cemetery with military rites. Memorial contributions may be made to Bristow Christian Church.