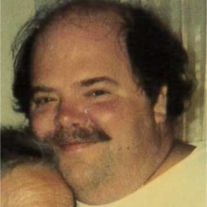 Christopher “Todd” Reisz, 50, left his earthly home for his home in eternity Sunday, March 17, 2019. He was born in Owensboro on January 14, 1969 to Carolyn Vargason Reisz and the late David Michael Reisz. Todd was employed at Kroger where he worked in customer service for 28 years. He was a history and geography buff, loved music and the Dallas Cowboys. He loved the Lord, a member of First Baptist Church, and was a devout Christian. Along with his father, Todd was preceded in death by his grandparents, James W. Vargason and Frances H. Vargason, and his aunt, Joan Garrett. Todd is survived by his aunts, Joyce M. Wood, Mary (Ed) Frances Baker, his uncles, William (Bobbie) C. Vargason, and James (Dot) P. Vargason and numerous cousins. Private services will be held at Elmwood Cemetery. In lieu of flowers, donations can be made to the First Baptist Building fund; 230 JR Miller Blvd, Owensboro, Kentucky 42303. Haley McGinnis Funeral Home & Crematory is both honored and privileged to be entrusted with the care of Mr. Reisz. Share your messages of condolence with the family of Christopher Todd Reisz at www.haleymcginnis.com.