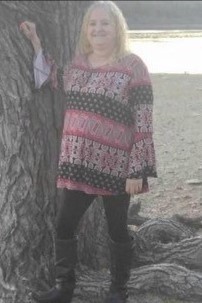 Born in: Madison, IN
Resided in: Glasgow, KY

Cheryl Lynn Jackson, 61, of Glasgow, died Saturday, April 17, 2021 at TJ Samson Hospital. Cheryl was a homemaker. She was born in Madison, IN on October 11, 1959 to the late Floyd Gene Mack and the late Cledia Faye (Turner) Mack.

In addition to her parents, Cheryl was preceded in death by her stepfather, David Morgan; two brothers James Mack and Lucas Mack.

Funeral service will be held at 2:00 PM, Sunday, April 25th, at A.F. Crow & Son Funeral Home with burial in the Lighthouse cemetery. Visitation will be Sunday, 10:00 AM until time for services at the funeral home.

A.F. Crow & Son is both honored and privileged to be entrusted with the care of Cheryl Jackson.