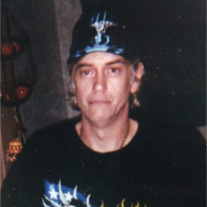 Charlie W. Calloway, 58, of Owensboro passed away Saturday, January 11, 2020 at his residence. He was born in Owensboro on June 26, 1961 to the late William Henry Calloway and Ruby Irene Hall. Charlie was a member of Central Baptist Church. He enjoyed watching football, Shameless, Bluebloods, NASCAR, and spending time with family and friends. Along with his parents, Charlie is preceded in death by his sister, Beverly, his brothers, Bobby and Ray, his niece, Becky, and his brother-in-law, J.D. Brown. Charlie is survived by his children, Richard (Jessica) Cooper, Janelle (Zachary) Main, Hannah Calloway, William Calloway; 3 grandchildren, and his siblings, Betty Jewel, Carolyn (Leroy) Purcell, Jessie (Donna) Calloway, and Jonny Calloway. Private services will be held at a later date. Haley McGinnis Funeral Home & Crematory is both honored and privileged to be entrusted with the care of Mr. Calloway Share your messages of condolence with the family of Charlie W. Calloway at www.haleymcginnis.com