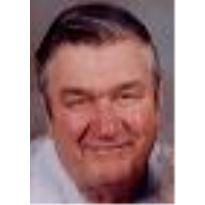 Charles Edward Pierce, 72, of 1224 Werner Avenue, he went to be with the Lord on April 5, 2006. He was born in Hartford, Kentucky to the late Jessie Pierce. He was retired as a truck driver from Owensboro City Sanitation Dept. after 24years. He was a veteran of the USARMY from 1953 to 1955, a member of the Pentecostals of Owensboro, Kentucky, he loved his church, and watching NASCAR. He was also preceded in death by his son, Jessie Pierce, 1999; grandson, Steven Sumner; granddaughter, Sabrina Pierce; brother, Oscar Pierce. Surviving are his wife of 50years of marriage, Shirley Marie Bratcher Pierce; his mother, Frances Watson Pierce Aldridge of Harrisburg, Illinois; two daughters, Theresa Marie Humphrey and her husband, Martin of Owensboro and Lisa May Sparks and her husband, Pete of Owensboro; three sons, Ricky Lee Pierce, Charles Thomas Pierce and Thurman Lester Pierce all of Owensboro; nineteen grandchildren; twenty-five great-grandchildren; one sister, Dorothy Pierce Lowry of Harrisburg, Illinois; two half-sisters, Shirley Miller and Donna Mugge both of Harrisburg; two brothers, Leroy Pierce of West Frankfort, Illinois and Sherman Pierce of Fort Lauderdale, Florida; two half-brothers, Joel White of Owensboro, and Larry White of Harrisburg. Services are 12:00pm. Friday at Haley-McGinnis Funeral Home Chapel, visitation is from 2 to 8pm. Thursday and 8 to 12pm. Friday at the funeral home. Burial will be in Rosehill Cemetery. Reverend Bill Huff and Reverend Martin Humphrey will be officiating. The family request expressions of sympathy take the form of donations to: Charles Edward Pierce Memorial Fund. Envelopes will be available at the funeral home.