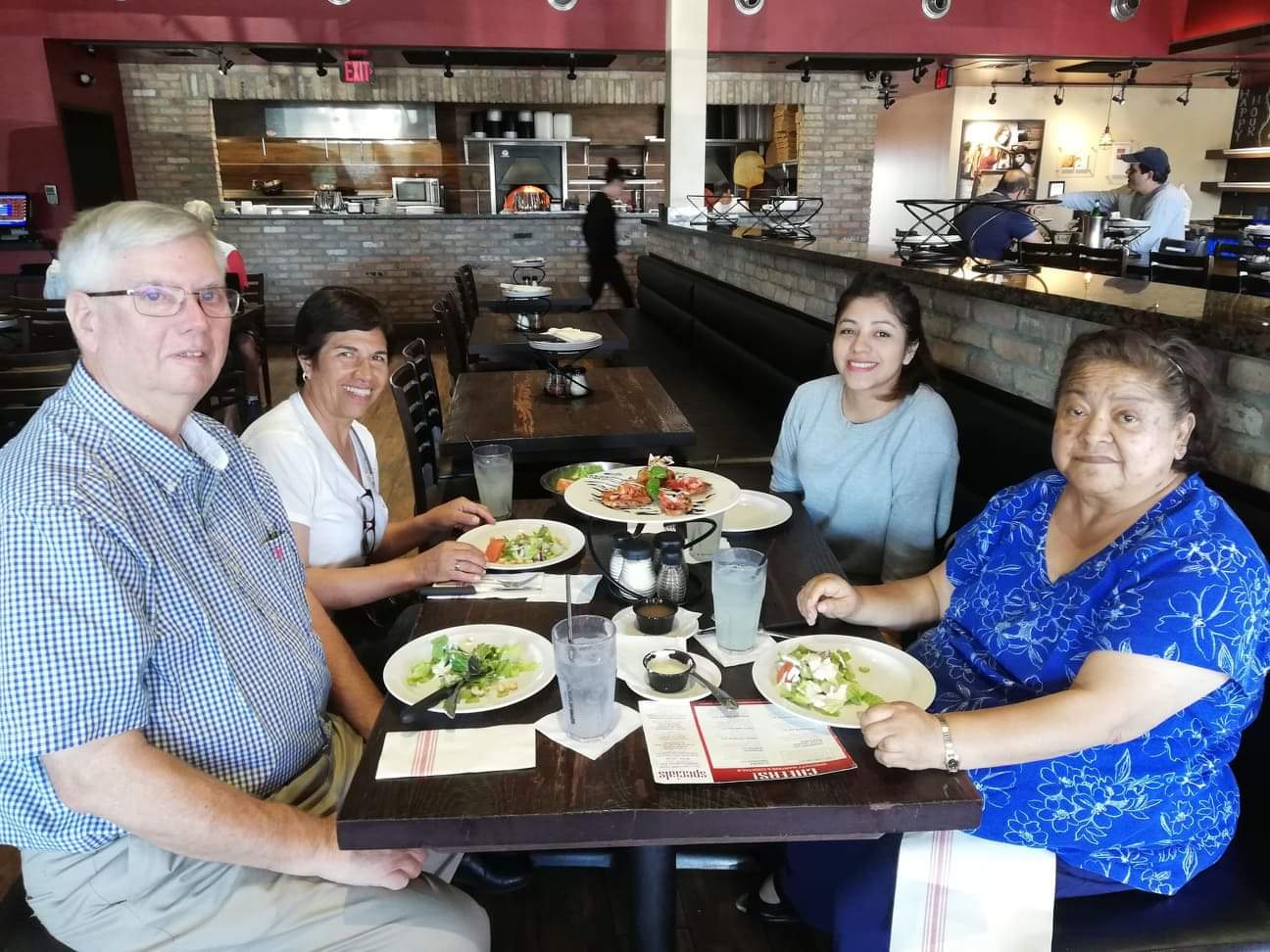 Carmen Pieper, 74, of Vincennes, IN, passed away April 29, 2021, at Good Samaritan Hospital in Vincennes, IN. She was born January 5, 1947, in Huancayo, Peru. She married Ray Pieper on August 15, 1970, in Huancayo, Peru. She was preceded in death by her father, Juan Montero; mother, Antonia Montero; sister Aida Montero.She is survived by her husband Ray Pieper (Vincennes, IN); daughter & son-in-law, Angela Mueller & John Mueller (Cumming, GA); her grandchildren, Jackson & Sloane Mueller (Cumming, GA); son and daugheter-in-law, John Pieper & Rebecca Wallihan (Columbus, OH); her grandchildren, Dylan & Evan Pieper (Columbus, OH); along with her siblings, Ana Montero, Oscar Montero, Juan Montero, Julia Montero, Pedro Montero, Isabel Montero, Maya Montero and brother-in-law Wendell & Carol Pieper (Frisco, TX).Carmen was born in Huancayo, Peru and married Ray in her childhood home of Huancayo. Shortly after the wedding the couple relocated to Jeffersonville, IN for a short time and eventually settled in Vincennes where they made their home for the next fifty years. Along with being a wife, mother and grandmother, Carmen was a locally well know seamstress who worked out of home for a large portion of her career working on projects for large bridal parties down to small projects such as repairing a stuffed animal along with ventures with Illusions Bridal shop and Gates Bridal. Carmen was also a member of St. Johns United Church of Christ. Carmen enjoyed kniting, crotcheting along with all types of crafting. Although she will be sadly missed by those who love her, Carmen’s strong faith provides comfort.Visitation and Memorial Service to be held at St. Johns' United Church of Christ, Saturday, May 1, 2021, 606 N. 5th Street, Vincennes, IN 47591. Visitation from 1:30 - 3:30pm. Memorial Service immediately following.