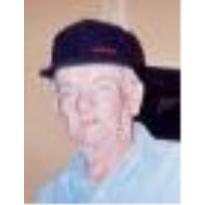 Buddie Bell Bivens, 74 of 5823 Hwy.1414 Hartford, Ky., died on May 13, 2006 at Professional Care Health & Rehab Center in Hartford, Ky. He was born in Daviess County, Ky. to the late Ellis Bivens and Daisey Boone Bivens. He had worked at Whirlpool Corp.as a factory worker, was a USNAVY Veteran, was a member opf Brushy Fork Baptist Church, and enjoyed fishing. He is survived by his daughter, Trudy Wilson and her husband, Jeff of Hartford, Ky. and two grandchildren, Roy Wilson and Emily Wilson of Hartford, Ky.; three brothers, Charles Biven, Billy Bivens both of Owensboro, and Ambrose Bivens of Houston, Texas. Graveside Servies will be at 2:30pm. at Mt. Zion Cemetery on Windy Hollow Road, Panther, Ky. on Wednesday, May 17th, 2006. Visitaton is from 12:00 to 2:00pm. Wednesday at Haley-McGinnis Funeral Home Chapel. The family requests expressions of sympathy in the form of donations to: Buddie B. Bivens Memorial Fund.