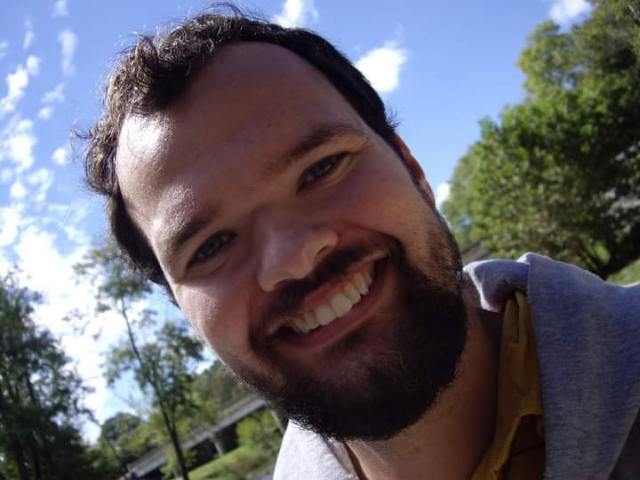 Britton Shawn Jeffries, age 34 of Brooksville, Florida, formerly of Edmonton, Kentucky, passed away Saturday, October 9, 2021. Britt was born October 4, 1987 and is the son of Terry and Marsha Irwin Jeffries of Edmonton who survive.
Britt is a 2006 graduate of Metcalfe County High School. A 2011 graduate of Lindsey Wilson College with a Bachelor of Arts degree in Christian Ministries and a minor in Communication. In school Britt ran track, but devoted his life to ministry and the love of God.
Britt served at numerous churches and ministries during his young life, and was always willing to go wherever he felt the Lord leading. He served as youth pastor at Barnett’s Creek United Methodist Church, Monticello United Methodist Church, Glasgow Bible Church, and Columbia Church of the Nazarene. He served as senior pastor at Warsaw United Methodist Church. Britt also served in various ministry capacities at Lindsey Wilson College’s campus LIFE ministry, Bearwallow United Methodist Church, Vineyard Community Church Palm Beaches, and Vinelife Christian Church. Everywhere he went Britt loved and cared for others, encouraging them in their faith and relationship with God.
Britt married the love of his life Ruth Johanna Olson on June 2, 2012. It was Ruth he adored, admired and loved with all his heart. From the time they met until his passing, Ruth was always by his side supporting whatever came his way.
Besides his wife and parents, Britt is survived by two sisters: Angela (Todd) Fisher of Horse Cave, Kentucky and Missy (Larry) Lemmon of Knifley, Kentucky. Father in law Scott (Allison) Olson of Ft. Lauderdale, Florida. Mother in law LaVonia Olson of Cut Bank, Montana. Sisters in law: Elizabeth (Timothy) Greene of Ocala, Florida; Esther Olson of Glasgow, Kentucky; and Anna Olson of Ft. Worth, Texas. Brothers in law: Phillip (Helmi) Olson of Livingston, Tennessee and Daniel (Joanna) Olson of Reynosa, Mexico. Britt is also survived by a host of nieces and nephews.
Funeral services for Britt will be held 11:00 AM, Saturday, October 16 at Butler Funeral Home in Edmonton with interment in the Asbury Center Cemetery. Visitation will be held at the funeral home Friday, October 15 from 4:30 PM until 8:00 PM and Saturday, October 16 after 9:00 AM until time of service. Services will also be live streamed on Butler Funeral Home’s Facebook page.
Butler Funeral Home is both honored and privileged to be entrusted to the care of Mr. Jeffries. Please share your stories of Britt and messages of condolence with the family at www.butlermemorials.com.