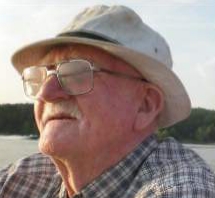 Bobby Johnson, age 84 passed away Friday, July 16, 2021 at Owensboro Health Regional Hospital in Owensboro. He was born September 7, 1936 in South, Kentucky the son of Onie and Ersa Miller Johnson.

Aside from his parents, he was preceded in death by his wife, Dona Johnson, two sons, Kenny and Robert Johnson, two brothers, Charles and Clifford Johnson and two sisters, Wealdean Roach and Lorene Coolege.