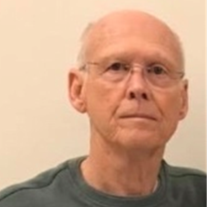 Bobby Griffin, Sr, 76, of Glasgow, Ky, passed away Saturday, December 28, 2019 at his residence. He was born on February 24, 1943, in Henderson, KY, the son of the late Melton W. Griffin and Elzina Odom Griffin. Mr. Griffin had retired from General Motors, he was a U.S. Air Force Veteran and member of the Southside Baptist Church. Survivors include his wife, Carol Griffin; two sons, Bobby Griffin, Jr. (Anne) of Naples, FL and Jim Griffin (Kelly) of Glasgow; grandchildren, Wyatt and Waylon Griffin of Glasgow and Bryce Griffin of Naples, FL; step grandchildren, Landon Ronco and Chris Wendel of Naples, FL; two brothers Melton Griffin (Wanda) and Jim Griffin of Henderson, KY; brothers and sisters in law, several nieces, nephews and cousins also survive. Funeral service will be 11:00am Thursday, January 2, 2020 at the A.F. Crow & Son Funeral Home with burial in the Glasgow Municipal Cemetery. DAV Chapter #20 will provide Military Honors. Visitation will be on Wednesday from 5:00pm until 8:00pm and on Thursday morning until time for service at the funeral home. In lieu of flowers, the family request that a memorial contribution may be made to the Southside Baptist Church Building Fund; 1163 Trojan Trail, Glasgow, KY 42141. A.F. Crow & Son is both honored and privileged to be entrusted with the care of Mr. Griffin. Share your message of condolence with the family of Bobby Griffin, Sr. at www.crowfuneralhome.com.