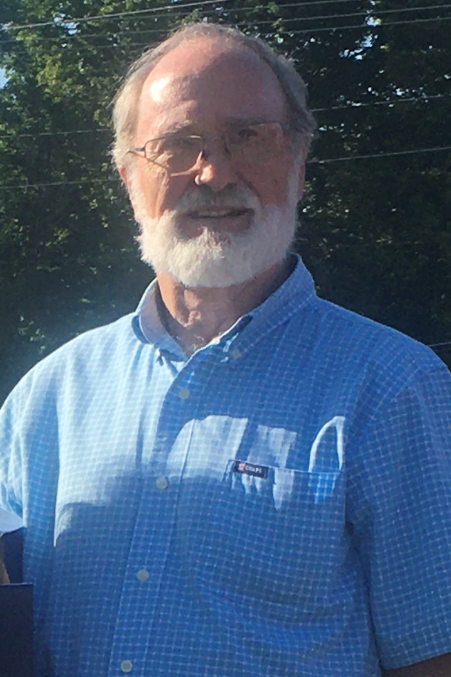 Barry Mitchell “Mitch” Edwards, 73, of Glasgow, Kentucky passed away Thursday, September 2, 2021 at the T.J. Samson Community Hospital. He was born April 13, 1948 in Marietta, Georgia to the late Robert Harold Edwards and Juanita Lawrence Edwards. Mitch retired from Dana as a Tool and Dye Maker/Engineer and was a member of the First Free Will Baptist Church. Mr. Edwards was proudly a Sergeant E4 United States Air Force Vietnam veteran.

As I thought about the life of Mitch Edwards over the last few weeks since this dreadful virus took aim at his body, there are many words that have come to mind to describe him. He was a husband, father, grandfather, uncle, worker, song leader, teacher, and follower of Jesus. The truth is, there are lots more words that tell us who he was. As the pastor of the First Free Will Baptist Church for almost 18 years, I got to know Mitch well because he was always there. If there was a service going on at the church, he was faithful to attend, but he didn’t just attend, he was involved. He worked for the Lord. Just about everybody who attended knew who Mitch was. He led the congregation to worship in song for many years. He taught Sunday School for even more. He was concerned with the business of the Kingdom. Most people only saw the Kingdom work that Mitch did at church, but he was a disciple maker all the time. None of us will ever know how many lives he touched on this side of Heaven. He was always inviting someone to church, calling or texting people who needed a spiritual boost, or just talking to people about how the Lord had done this or that in his life or in the church. Mitch was faithful to his Lord all the time. It was not just a Sunday morning religion to him. I know this is true because I heard it from so many people over the years. I have read the Facebook posts, but most of all, I learned it firsthand. Mitch Edwards is more than just a fellow servant of Christ. He is my friend and I say “is” and not “was” because Mitch is still my friend. He has just moved on to be with our Lord. I will join him one of these days. When we do finally get together again, I look forward to reliving those times that we shared down on Buck Creek getting out of the woods on the back of a beat-up three-wheeler in the middle of a hailstorm or crawling through cow pastures sneaking on a gobbler. I cannot wait to hear that unmistakable laugh as we tell those tales and reflect on the goodness of God. Because even though life is filled with trials just like this one that we are all going through, God is still good. He is good all the time. We have to trust Him just as Mitch did through the many trials that he walked through in his time here on Earth. Mitch’s time here is over, but I am thankful that I will see him soon and I live in the confidence of that because we share the same Savior. He is waiting in Beulah Land for me. Perhaps soon, the Lord will return for me and all who know Him as their personal Savior to take us to our forever home where Mitch is living today. Even so, come quickly, Lord Jesus.

In lieu of flowers, the family requests donations be made to the DAV Chapter #20 c/o Jay Harville 3742 Lyons School Road Glasgow, Kentucky 42141.

A graveside service for Mr. Edwards will be held 3:00 PM Sunday, September 12th at the Happy Valley Memorial Gardens with military honors provided by DAV Chapter #20. Visitation will be from 4:00 PM until 8:00 PM Saturday at the First Free Will Baptist Church and on Sunday from 1:00 PM until 3:00 PM at the cemetery.

A. F. Crow & Son is both honored and privileged to be entrusted in the care of Mr. Edwards. Please share your condolences with the family at www.crowfuneralhome.com.