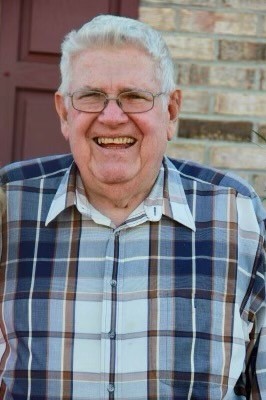 Andrew Madison Manning “Buddy,” 90, passed away September 1, 2021 in Oklahoma, where he lived with his daughter. Buddy was a graduate of Vanderbilt University in Tennessee with a degree in chemical engineering. Following graduation, he enlisted in the U.S. Navy where he served on the USS Missouri during the Korean War. After his tour of duty, Buddy followed in his father’s footsteps and started a successful trucking business, Manning Motor Express. His trucking business was multi-dimensional with terminals in Bowling Green, Owensboro, Louisville, Nashville, and Lafayette, Tennessee. Buddy was a board member of the Southern Motor Carriers Conference serving as treasurer and a member of the Delta Nu Alpha Transportation Fraternity. He was also an avid gardener.

He was preceded in death by his parents, E.W. and Lillian Manning; his brother, William Manning; his first wife and mother of his children, Carole; his second wife, Mai; his son, Wayde; and his granddaughter, Nicole.

In lieu of flowers, the family requests donations be made to the DAV Chapter #20 c/o Jay Harville 3742 Lyons School Road Glasgow, Kentucky 42141.

A graveside service will be held 11:00 AM Friday, September 10th with Military Honors provided by the DAV Chapter #20 of Glasgow, Kentucky at the Glasgow Municipal Cemetery with a Celebration of Life immediately following at the home of Mary Lou Manning 737 Dripping Springs Road Glasgow, Kentucky 42141.

A. F. Crow & Son is both honored and privileged to be entrusted in the care of Mr. Manning. Please share your condolences with the family at www.crowfuneralhome.com.