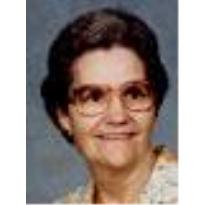 Agnes Murphy Alexander, 9l of Hermitage Nursing & Rehab Center died on October 5, 2004. She was born in Daviess County, Kentucky to the late Louis O. and Rosie Poole Murphy. She was actively involed in the founding and every day operations of R.A. Alexander & Sons and a homemaker. Was a member of Immaculate Catholic Church, former member of Sorhgo Homemakers, loved crocheting, playing cards with family. Preceded in death by her husband, R.A.JudgeAlexander on April 4, 1995 and a son Jerry Alexander on March 22, 2003. Surviving are her son, Bill Alexander of Owensboro, Ky., daughters, Marsha and her husband George Ballard and Debbie and her husband Willie Masterson both of Owensboro, Kentucky. Twelve grandchildren and fifteen great grandchildren. One brother, Joe Bob Murphy of Owensboro, Kentucky. Services are at 10:00am. Friday at Immaculate Catholic Church, visitation from 2:00 to 8:00pm. Thursday and 8:30 to 9:30am. Friday, prayers will be said at 5:30pm. Reverend Timothy Sweeney will be officiating.